Most American cities that grew from a strong manufacturing economy have a long tradition of beer drinking and local taverns, and Pittsburgh is no exception. Pittsburgh may not boast a 4 am closing time (whatever, Buffalo), a brewery in a jail (have fun with that, Indiana), or have underground brewery tours (ok great, Ohio), but we did earn the title of  highest number of bars per capita of any city in the US in 2014! The brewing scene is only growing stronger (And bonus points if you get the Game of Thrones reference).

Now, since this Coalition (and by extension, this blog) is focused on historic preservation, we’re going to stick to that topic. So whether it’s adaptive reuse of a historic structure or incorporating the neighborhood’s history into a brand, Pittsburghers take their history – and their booze – very seriously. 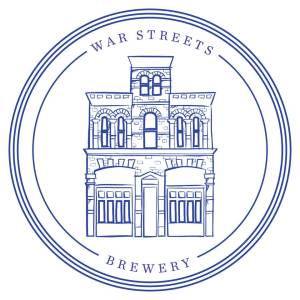 One of the most exciting developments in the ‘Burgh’s beer scene, especially to Northsiders, is the soon-to-open War Streets Brewery. Housed in a 138-year-old firehouse in the historic Mexican War Streets neighborhood, the brewery is a phenomenal reuse of a vacant structure that will be a great addition to a dense, walkable neighborhood.

The War Streets Brewery, sadly, isn’t slated to open until Spring. But since we’re so very charismatic, we’ve conned convinced the owners to let us in for a sneak peek of their building and beer during the April meeting of the Rust Belt Coalition in Pittsburgh.

The Arsenal Cider House is another Pittsburgh institution that jumped from nothing to huge success in the seven years they’ve been in business. Arsenal, which operates out of a Victorian rowhouse in the Lawrenceville neighborhood, quickly grew from an unknown growler-fill-only operation to being tapped all through the city.

Why “Arsenal,” you might ask? Fun fact – Pittsburgh was a major supplier of munitions during the Civil War, and the enormous Allegheny Arsenal was the epicenter of it all. It was on the plot where Arsenal Park now resides, and you may be wondering where it is. Well, in 1862, it exploded. Boom. Gone. True story – look it up. There’s only a few original buildings still standing, but in that area there are many buildings and businesses named after the Arsenal, and the Cider House is one of the newest to honor the neighborhood’s history.

Seriously. Look it up.

Not to return to the Northside, but we’re going to return to the Northside. Up in Spring Hill, a hundred-year-old social hall and nursery are going to be transformed into a self-contained farm-style brewery. At the site of the old Workingmens’ Beneficial Union Hall (which is a fantastic name…I can’t get over it), beer and grub grown, brewed, and cooked on-site will be served at Spring Hill Brewing.

There’s not a huge amount of info out there about this project yet, but it’s supposed to be up and running in the fall. Check out this article for a pretty good breakdown of the concept behind the project and where the founders envision it going. We’re excited!

Well, that’s just a sampling of some of the businesses in the Steel City getting in on the small-scale, local alcohol boom we’re finding ourselves in. And luckily for us preservationists, the owners of the breweries, distilleries, and cider houses in Pittsburgh tend to have a respect for and interest in our local history and preserving our buildings and neighborhoods.

We’ll definitely be showing more alcohol-related preservation successes during the Rust Belt Coalition of Young Preservationists meetup in April. And get excited – local brews from throughout the Rust Belt will be the centerpiece of our reception on Friday! We’re encouraging everyone to bring a six pack of beers from their respective metro to see who brews the best booze. See you then!